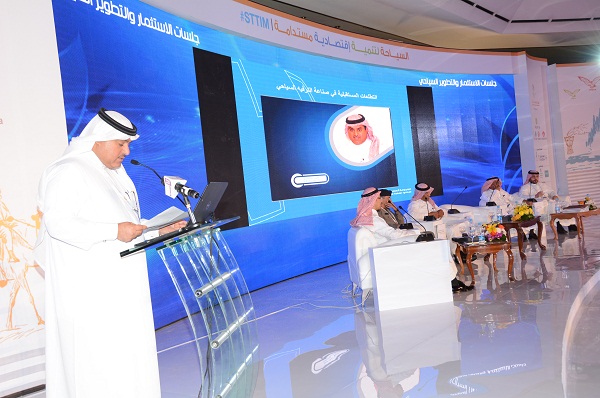 Al Hokair calls for the establishment of a specialized zones in the entertainment industry and the use of natural components to create a distinctive Saudi-based Style.

Mr. Majid Al Hokair Vice Chairman of the group, presented within the Travel Forum sessions and Tourism Investment a drafted document with the title of "Future aspirations in the tourism entertainment industry" and this was presented during the "investment in the touristic entertainment industry in the Kingdom session: reality and future aspirations,”.

He added that the tourism industry has become a major investment because it is the most important national income tool and supports the growth, development, and renaissance in all fields; pointing out that the Kingdom has become one of the important tourist destinations regionally and globally.

Mr. Majid Al Hokair enlightened the presence as well with his vision for the future in regards to the advancement of the tourism industry in the Kingdom.